Des de l’interstici is a selection of projects that tackle a multitude of approaches to a space of conflict, in this case, the region of the Middle East; a space that consciously or unconsciously in our imaginary is bound to a somewhat directed and fixed reading. The exhibition joins three artists from Catalonia and three artists from Lebanon, with the intention to bring together and also put in contrast the various perceptions and relationships the artists have built with the region, manifested on different scales ranging from the most intimate to the very distant. 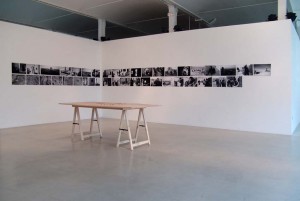