The piece consists in two bronze models of two huts: the first is the hut in the woods of Montana where Ted Kaczynski, known as Unabomber, was hiding, and the second is Le Cabanon, the 16m2 hut that Le Corbusier build in Roquebrune-Cap-Martin. The empty space between them is the space would be occupied by the hut that Henry David Thoreau built on the shores of Lake Walden.

Henry David Thoreau lived in a Spartan and solitary way for two years, from 1845 to 1847, in this hut and wrote there his well-known book “Walden or Life in the Woods”, a critique of industrial society, and a plea for it. of non-productive and free “natural” life.

Ted Kaczynski (Chicago, 1942) known as Unabomber, is an American mathematician who carried out a bombing campaign that killed three people to denounce modern capitalist society, the technology and industrialization. In 1971 he moved to a small cabin in the middle of the woods in the remote lands of Montana.
In 1995, Kaczynski sent a letter to The New York Times promising to “give up terrorism” if his manifesto was published, and the newspaper published it. In his manifesto, called the “Industrial Society and Its Future”, he argued that bombs were necessary to draw attention to the erosion of freedom in a high-tech society. He was eventually arrested by the FBI and sentenced to life in prison. He is currently serving a sentence in a Colorado prison.
Ted Kaczynski considers himself a follower of the philosophical doctrine proposed by Thoureau.

Charles-Édouard Jeanneret-Gris (La Chaux-de-Fonds, Switzerland, 1887 – Roquebrune-Cap-Martin, France, 1965), better known as Le Corbusier, was one of the most important and influential architects and urban planners of the twentieth century, the intellectual father of the housing utopias derived from the Athens Charter (1942), which sought to solve once and for all all the ills of the old cities, and which in the late 1970s were wrecked in the metropolitan suburbs of all the world.
In 1952, while building the Unité d’Habitation and planning the new Indian city of Chandigar, Le Corbusier designed and built a small wooden hut in Roquebrune-Cap-Martin, a minimal dwelling, a small shelter near the sea.

Phantom limb syndrome is the perception that an amputated limb is still connected to the body and is functioning along with the rest of the body; the most plausible explanation is that the brain still has an area dedicated to the amputated limb, so the patient still feels the limb. 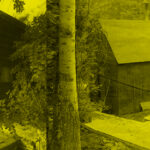 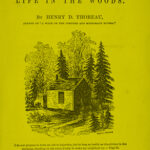 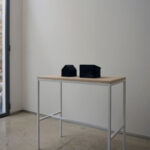 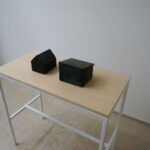 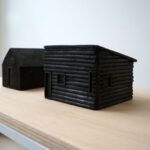 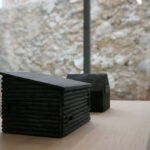 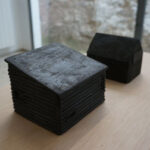