“A Place” is an installation which is made to look like a possible single room; a bed, a chair, a book shelf and a “model piece of furniture” which recreates the “Unité d’Habitation” and has made by Le Corbusier in the forties, a paradigm of the attempt to create a new style of live dwelling, both individually and collectively. Some years before Le Corbusier built the “Unité”, he had been to the Soviets Union and met the radical architects who proposed in that time to build large collective dwelling buildings were the inhabitants only owned their single bed and all the other things were collective. In this project I tried to put in the same level the fascination and contradictions of all of these ideas and projects produced on me. After that, I used this “Unité model piece of furniture” for different projects, for example, in one exhibition I put the model in the gallery storage and it was suggested to the public to walk into the gallery backstage.

*The piece belongs to the Josep M. Civit Collection. 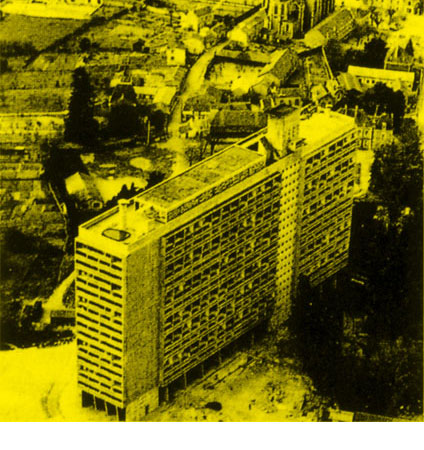 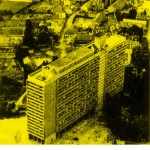 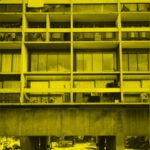 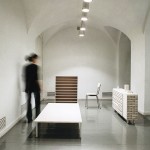 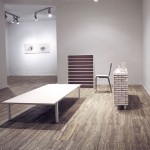 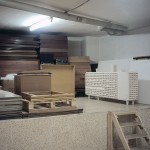