In May 1963, the book Eichmann in Jerusalem: A Report on the Banality of Evil was published, drawing together Hannah Arendt’s reports on the 1961 trial in Jerusalem of Adolf Eichmann, a lieutenant colonel in the SS and one of the greatest criminals in history. In the Spanish edition, the first chapter of the book is entitled ‘Audiencia pública’ (Public Hearing).

The Audiència pública project (2018) offers a lifesize recreation of the cabin, which was specially designed to ensure Eichmann’s safety during the trial, here converted into a ‘dumb’ sculpture, aseptic and divested of all traces of the drama that was played out but at the same time ‘noisy’, as it echoes the voices of the victims of history. If, as Zygmunt Bauman states, the Holocaust, far from being a deviation in the passage of progress, appears as the technological and organisational result of industrial and bureaucratic society, and is a phenomenon tightly linked to the very characteristics of modernity, where do we place ourselves in the face of this small piece of architecture that challenges us? What role do we take in this public hearing? 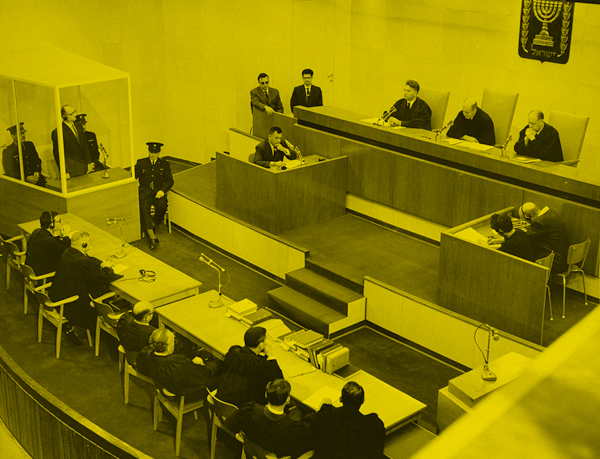 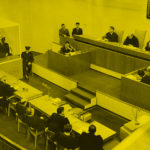 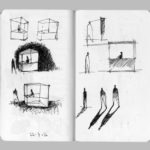