Nowhere is, in the typical rhetoric of Modernity, the space of utopia (from the Greek ou, “no” and topos, “place”, which literally means “nowhere”) and is always situated somewhere beyond the horizon in a perpetual, unachievable future. In the mid 19th century the French philosopher and utopian socialist Étienne Cabet put forward his ideas in Voyage en Icarie, a novel inspired by Thomas More’s Utopia, which envisaged a future fair and just society in which there would be no property or money.

The Icaria project achieved wide acclaim among the working class in Catalonia; and one of its most renowned followers was Narcís Monturiol who hailed from the town of Figueres in the north of Catalonia.

In 1848 following a call by Cabet, a group of adventurers, which included a number of Catalans, set sail for Texas with the aim of building their own Icaria; alas this ephemeral adventure turned out to be a tragic failure.

This intervention aims to poetically restitute and “shed light on” the historic memory of events and people that in the nineteenth century, in the midst of growing wild capitalism, in addition to fighting to improve living conditions, they dared to imagine alternative societies and try to put it in practice.

To install in the Rambla de Figueres, close to the monument dedicated to Narcís Monturiol, a pyrotechnic sign and text that lights up this utopian attempt for one brief moment: Voyage en Icarie.

Simultaneously a “small Icarian library” is laid out, a simple display that includes material, documents, texts and images of the Icarian adventure, together with other utopian projects from the period and information on groups that today are attempting to build alternative social platforms to the capitalist system. 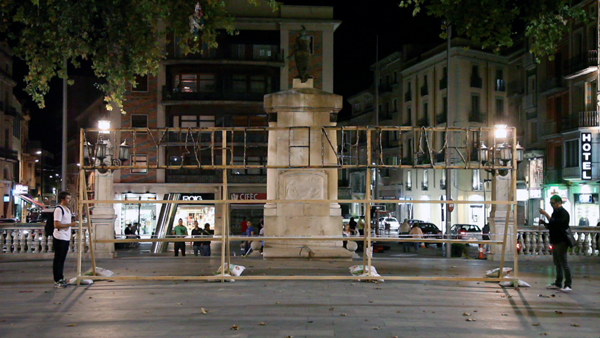 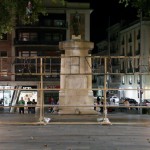 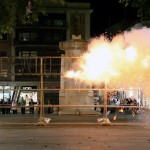 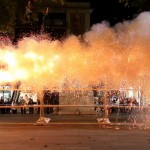 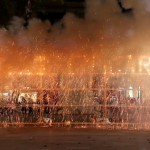 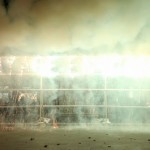 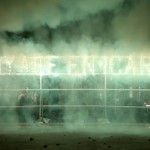 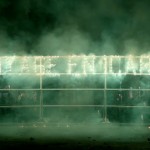 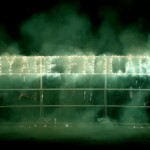 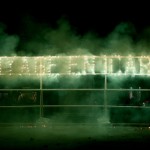 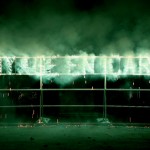 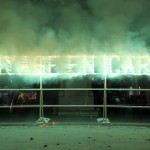 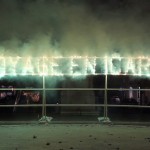 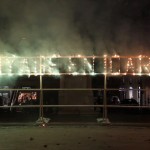 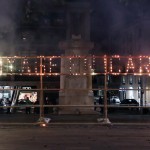 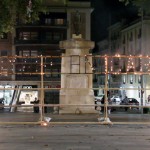