The Moscow Round House (or Bublik) was built in the context of a difficult real estate crisis in the USSR. The circular shape makes it an example of a completely different Khrushchyovka structure from the standardized, monotonous buildings of that time.

After World War II, the USSR suffered a major rural exodus as a result of new industrialization and collectivization policies, forcing the Soviet authorities to build massive buildings. This was the birth of a new model of collective housing, the Khrushchyovka (an unofficial name derived from Nikita Khrushchev). This typology succeeds Stalinist architecture, a set of expensive, high-quality buildings reserved for a minority. The Khrushchyovka were low-cost buildings, built of concrete panels, where simplicity was given priority over aesthetics and originality.

In response to the standardization of these architectures, Soviet architect Eugene Stamo partnered with engineer Alexandr Markelov to propose a new design for these buildings. In 1972, a cylindrical apartment building was built to break the monotony of the Ochakovo-Matveevskoe district: 155m of diameter, 8 levels with 26 entrances and 913 apartments. The first floor is dedicated to services (shops, hairdressers, pharmacies, bookstore / library, children’s club…) while the courtyard is designed as a common garden isolated from the city. Named “Bublik” (Russian bagel) for its particular form, the real estate proposition was a failure; due to its technical difference from standard buildings, it was much more expensive and its construction slower than neighbouring buildings.

However, the circular central space, which sought to recover the former Soviet communal courtyard and the collectivist spirit of the Dom-Kommuna from the beginning of the revolution, added great symbolic value to the project, and the possibility of accessing all services at a very short distance, initially seduced the authorities and they decided to built another building of the same characteristics.

But in the end, although the collective functional aspect was positively assessed, the apartments had a trapezoidal shape that accumulated limitations and made it difficult to repair these non-standardized units, within a not at all flexible and strongly centralized housing policy, and the program was closed.

It could be stated that the Bublik in taking this circular shape that generates a central communal space is inserted in the ancestral communal architectural tradition (peoples of the Amazon, traditional towns in China, settlements of the peoples of central Africa, etc.), in the tradition of utopian socialism (the Phalanstère and Familistère) and of course from the Soviet tradition itself (Dom-Kommuna) and which is also the last attempt to reactivate this same tradition. 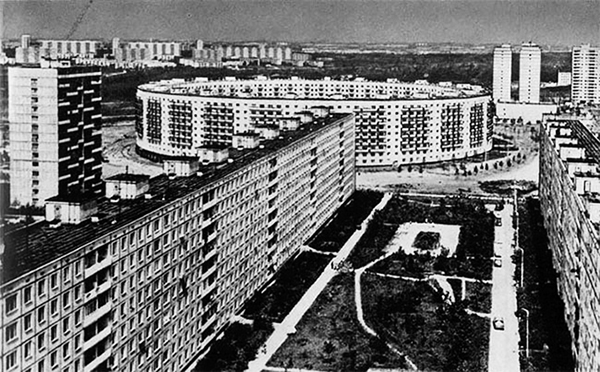 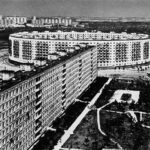 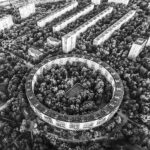 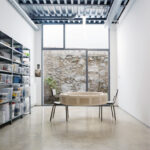 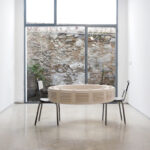 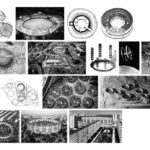