After the civil war hundreds of thousands of Republican prisoners were sentenced to forced labour. Terri de Mataró (artist and cultural activist), explains in his memoirs his experience in the Battalions of Punished Workers: “I lived scenes of bloody violence, epic drunkenness, cruelties spawned from whims. I came into touch with human degradation. In Africa I wished to die as never before.” Numerous public infrastructures and government buildings, from the Guadalquivir Canal to the sinister Valle de los Caídos, were built by the State or by private companies with the relevant concession, employing a cheap workforce held in captivity.

Francisco Prieto-Moreno wrote the presentation of the architecture section in the catalogue of the III Biennial of Latin American Art held in Barcelona in 1955: “What [architecture] now needs is only the creative genius of the individual.” Francisco Prieto Moreno, who was to head the National Devastated Regions and Repairs Service among other positions, defended traditionalist aesthetic with an idealistic hazy rhetoric. But, above all, his quote on the genius of the architect is just one example of the perverse cynicism of Franco’s discourse, where propaganda hid the fierce repression and a pompous heroism protected the most ignominious shame.

Domènec offers us a catalogue of some of the public works made with the sweat and blood of Republican prisoners that is both accurate and disturbing and which is perfectly outlined and depicted with luminous clarity. The black he has chosen for this prolongs the existentialist and demanding darkness of informalist abstraction, and also forms a link with the tradition of the dark side of Spain. The cold and uncomfortable cataloguing reveals for us the architectural traces of human and political crime in its objectivity and contrast. (Àlex Mitrani) 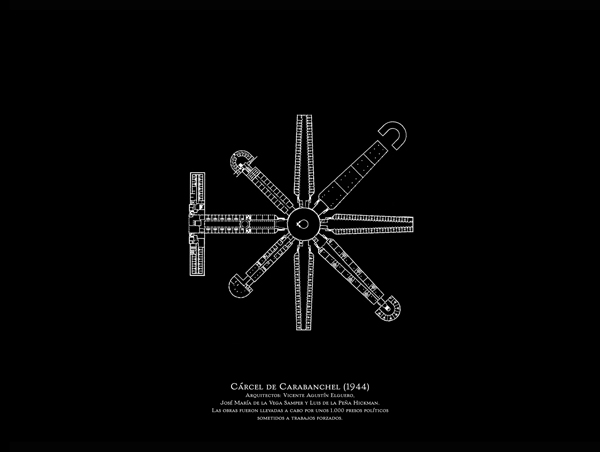 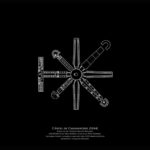 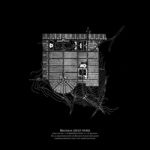 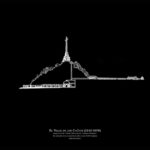 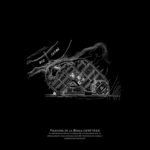 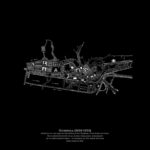 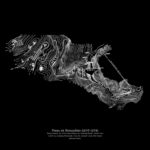 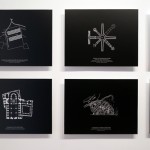 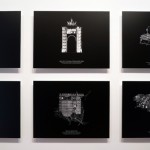 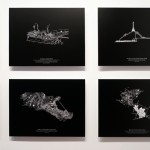 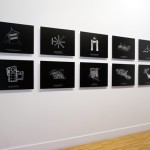 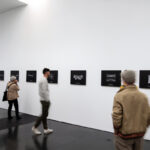 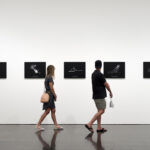 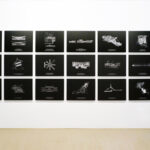