Demolished Monument is a proposal for “restoring” the demolition of the monument to General Prim in Barcelona’s Parc de la Ciutadella.

In 1871 the people of Paris rose up in arms and established the Commune on the basis of anarchist and socialist principles. On 16 May, the revolutionary government tore down the Vendôme column. The column, erected on the orders of Napoleon to celebrate his victory at the Battle of Austerlitz, was considered by the Commune as «a monument of barbarism, an affirmation of militarism, a permanent insult to the defeated and an attack on fraternity».

After the Commune had been brought down by the French army, the Government, under the presidency of General Mac Mahon, had the column rebuilt.

In 1882 Barcelona’s authorities decided to erect a monument to General Prim, soldier and politician, who wad been responsible for bombing the city and crushing of the «Jamància» popular uprising of 1843, as well as the brutal repression of African slaves in 1848 when he was Capitan-general of Puerto Rico.

On 20 December 1936, in the first few months of the Spanish Civil War and in the middle of the revolutionary process, the Joventuts Llibertàries, (anarchist youth movement) demolished the monument.

In 1948 Franco’s municipal authorities decided to rebuild the monument and commissioned sculptor Frederic Marès to produce a copy of the original sculpture.

Political iconoclasm as a form of expropriation of the symbolic heritage of the oligarchy and the construction of the public space. 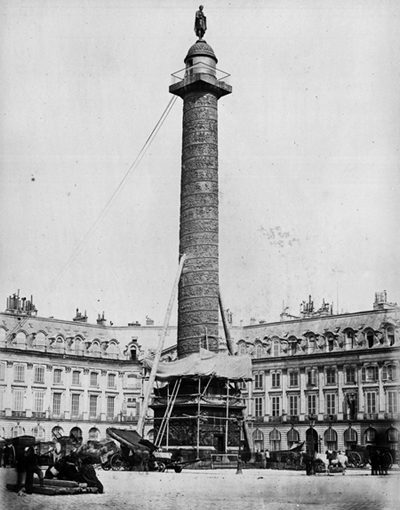 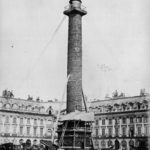 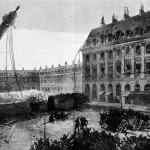 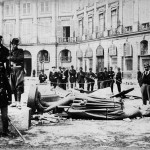 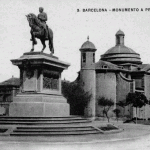 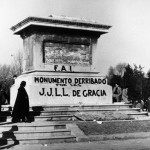 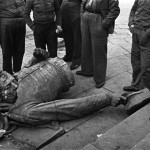 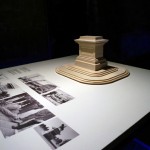 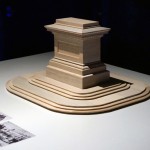 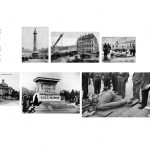