An architect’s model always stands for a proposal for the future, a promise, a wish, the representation of an idea built to scale which one day will become a tangible place that is both real and liveable.

In Domestic the model of Le Corbusier’s Unité d’Habitation is featured, this emblematic building from the modern movement, this perfect place for dwelling with the promise of a better life for the lower classes left abandoned in the middle of a forest; weeds have begun to smother the building.

The sign is eloquent: the Unité, a modern architectural paradigm for living happily in the world, devised as a universal solution based on a number of excessively predetermined and utopic suppositions which has now become a simple derelict building. The proposition presented thus expresses a dual intention: a game that subverts the illusory pretensions of modernity, in which an abandoned, vulnerable wooden house takes the place of dreams of building a solid foundation in the world, yet one which is only renderings and photo-montages of the new urban planning projects, just like in the colourful advertisements that feature models, that is, an idealised representation of what perhaps one day might be, will be. 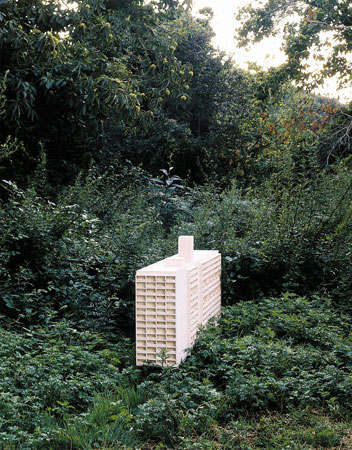 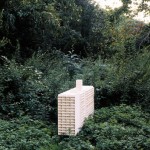 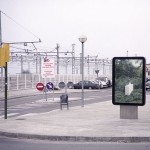 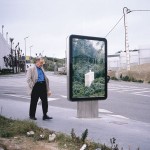