After the Second World War, cities in Europe and the United States grew rapidly with social housing policies which translated into the construction of large urban complexes of ‘vertical housing’.

The Pruitt-Igoe neighbourhood in St Louis (Missouri), created between 1954 and 1955, was one of the first and principal social housing projects built in a US city. At the end of the sixties it had become a neighbourhood known internationally for its poverty, violence and racial segregation, and for this reason its thirty-three buildings were demolished with explosives in the mid-seventies. The project became an icon of the failure of certain social housing policies, and some theorists described the demolition as ‘the day modern architecture died’.

Conversation Piece: Les Minguettes (2017) is a project centred around the story of Les Minguettes, a large social housing estate in Vénissieux, in the suburbs of the industrial south of Lyon, built in the sixties and partially demolished in the nineties. The neighbourhood houses a large number of immigrants from former French colonies and has been an important part of the history of popular movements in France. It is in precisely this ‘great whole’ that the ‘march for equality and against racism’, better known in France as the Marche des beurs, was born in 1983 and brought almost 100,000 people out onto the streets.

At the end of the seventies, the housing utopias derived from the Athens Charter (published in 1942) are wrecked on metropolitan peripheries after years of being characterised by marginalisation, youth unemployment, a lack of expectation and police brutality. At the beginning of the eighties, violent riots broke out in many neighbourhoods of France’s banlieue and in 1983 this ill-feeling is articulated at Les Minguettes as a political protest movement against the institutional racism which had spread across the country.

These demonstrations force the government to introduce a set of policies of improvement. At the start of the nineties, the government opts for the usual unilateral, skin-deep and spectacular policies and adopts a mopping-up solution, which is to say, knock down some of the neighbourhood’s huge blocks. The first sector to be demolished went by the name of Démocratie (Democracy).

Conversation Piece: Les Minguettes reproduces to scale the buildings of one square in the neighbourhood – popularly known as Red Square – which are converted into a meeting place in which to sit and discuss or watch a video wherein, using manipulated images taken from news broadcasts, the demolition is symbolically reversed.

with the support of Institut Ramon Llull 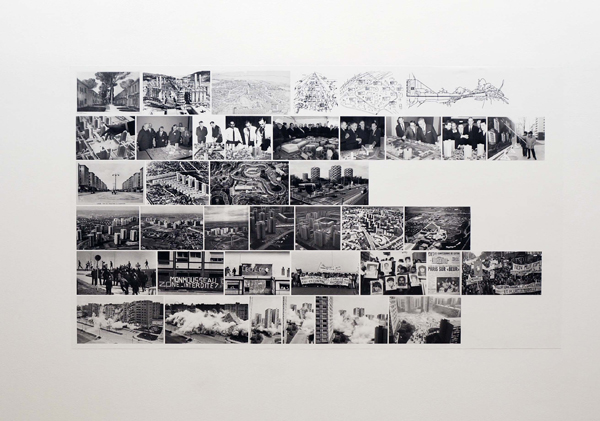 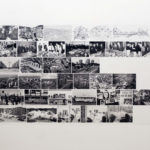 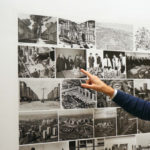 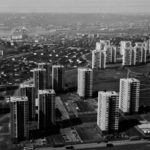 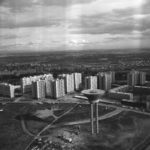 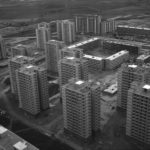 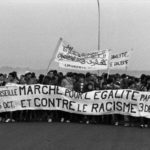 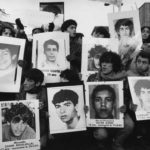 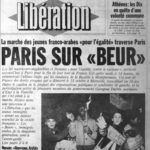 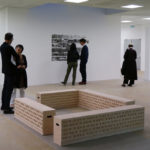 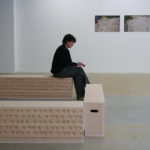 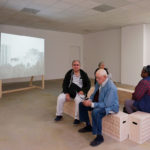 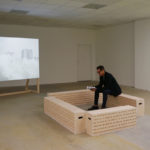 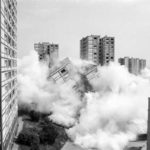