Iron, edition of sheets of paper to wrap the tacos in, poster and DVD

Torre de los Vientos (the Wind Tower), the construction with which Gonzalo Fonseca represented the presence of Uruguay in the avenue of sculptures of countries participating in the 1968 Olympic Games in Mexico

(…) One direction in which it radiates is towards the Torre de los Vientos (the Wind Tower), the construction with which Gonzalo Fonseca represented the presence of Uruguay in the avenue of sculptures of countries participating in the 1968 Olympic Games in Mexico. Finally, the project took the form of a scale construction of an exact replica converted into a mobile taco stand. For one day, the taco stand opened beside the Torre de los Vientos and, for the exhibition period, it was installed in the environs of the Laboratorio itself.
Domènec usually works with archetypal architectural references of the Modern Movement always with the same intention: to stage the breakdown of modern utopias by converting these constructive referents into domestic, sometimes banal, mere utilitarian scenarios. On this occasion, the Torre de los Vientos, built as a vantage point that was to rise to heights that would offer a view of the future becomes a simple instrument for the sale of foodstuffs, a simple device for a domestic experience, anchored in the real. However, this ousting of the utopian body converted here into a mere object should not be regarded as a melancholic operation; almost quite the opposite, it is more like a celebration of the very possibility of recycling into a true value of use what was previously bathed in an aura of refinement and useless abstraction (…).
In the Los Vientos taco stand, this operation of critical revision of modernity acquires an especially acute register in minor details that could go entirely unnoticed by the consumer of tacos, but which are there to provide a more precise reading of the project. The paper provided at the taco stand to wrap up the food reproduces absolutely significant images: scenes of the massacre in the Plaza de las Tres Culturas in 1968. It is important to remember that 1968 was not just the year in which the real Torre de los Vientos was built, it is also the emblematic date marking an irreversible inflexion in the modern process. (Martí Peran)

*The piece belongs to the César Cervantes Collection (Mexico). 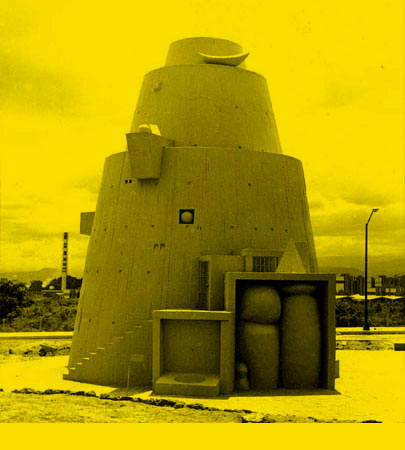 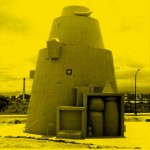 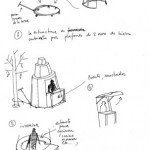 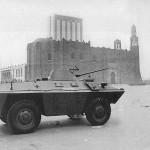 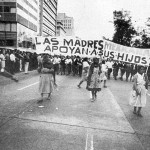 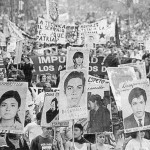 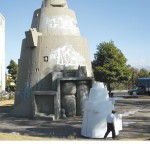 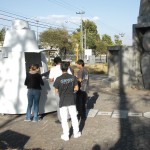 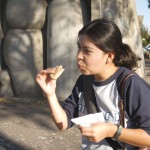 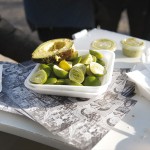 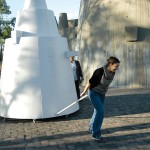